Mustang valley is situated in the north of Annapurna himal and it is bordering to Tibetan plateau(China). It is used to be called Mustang kingdom. It was founded in the 15th century by a Tibetan monarch who consolidated various small local fiefdoms into the Kingdom of Lo. Though it was eventually incorporated in to Nepal. Mustang has remained isolated .its reputation as wild country was reinforced by the Tibetain guerilla fighters who sheltered here in the 1960s to make daring raids on the Chinese across the border .Following their expulsion by Nepalese army troops in the early 1970s. Even after it was included in the Nepalese territory , entry was tightly rusticated for foreigners. In 1992, Nepalese government declared the opening of Mustang. It is still fresh in people’s memory. During the trekking on this course, you will be visiting villages that are still retaining old Tibetan culture in a desolate desert area. It is one of the very different trekking in Nepal.

The range of geographical and climatic regions has led to a diverse variety of flora and fauna with in the Annapurna region. these parts of area are heavily cultivated and the landscape is terraced paddy fields for most of the year.the higher up in the hills the natural vegetation changes from the tropical species to more temperate stands of forest trees including oak, beech and rhododendron.

The most prominent ethnic groups in the annapurna region are the Gurung, Braman, chetri, Thakali and the Manangba.

To trek into upper mustang is a rare privilege. Here you will experience the way of life of the true mountain people, for years, cut off from the rest of Nepal. In many ways, a trek into upper mustang is similar to trekking into Tibet, which geographically it is a part of. The district of Mustang was, until 1950, a separate kingdom within the boundaries of Nepal. The last king, the raja of mustang, still has his home at the ancient capital, Lo Manthang. Access to upper Mustang has only been possible for non-Nepalese trekkers for around ten years and, even today, access is still heavily regulated and restricted. To enter upper Mustang, that is to travel further north than Kagbeni, trekkers need a special trekking permit and mist be accompanied by a government appointed environmental officer. The expenses of the environmental officer have to borne by the group. Trekker must have arranged their trek through a government recognized trekking agency in order to be issued permits. The cost of the trekking permit is US$700 per person for ten-day trek in the restricted area.

Upper Mustang, being in the Himalayan rain shadow, is one of the few parts of the country that are suitable for trekking during the summer monsoon period. Even at this time, the upper kali Gandaki valley is still quiet dry with only occasional rainfall. The Mustang trek is not particularly difficult, the highest point reached is only 3800 meters, but the conditions at times can be arduous. Cold in winter and windy and dusty all year. Winter treks are best avoided due to southern parts of the country and even India. There are few accommodation facilities available above Kagbeni so groups must be fully self-sufficient, especially in fuel. While porters are available in Jomsom it is preferable, in Mustang, to use mules to carry the loads. These pack animals are available locally and are more economical, and certainly more environmentally friendly, than human porters. The Mustang trek requires a minimum of nine days starting and ending in Kagbeni. This allows the trek to be completed within the ten-day permit period. The route basically follows the kali Gandaki valley but, on occasions, climbs high above the valley walls. The settlements are scattered with little sign of cultivation between villages. In Mustang, little will grow without irrigation, which makes the settlements reminiscent of oases. Lo Manthang, the old capital, is reached in four days and at least one extra day should be spent here for local sight-seeing. Ponies are available for hire for this purpose. 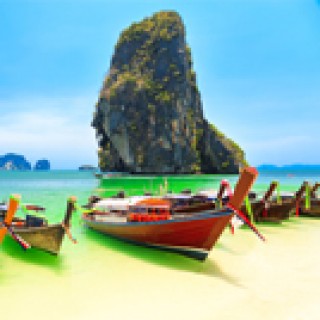